Honoring Both Sides of History Messianic Judaism has an identity problem. From the late 1800’s until the 1970’s, the most used term was Hebrew Christian. People then shifted to a newer, more theological name: Messianic Judaism. Both terms represent an attempt to bridge a gap between two histories—Jewish history and Christian history.

Over the past 2000 years, Jews and Christians have been on opposite sides of history. Persecution, pogroms, forced conversions, and the Holocaust have all contributed to a rift between the two world religions. There are still many that believe Adolf Hitler considered himself a Christian, and many Jewish people think that Hitler was a follower of Jesus (See “God & Hitler” by CBN).  This misconception is so common that Jews for Jesus produced a video for YouTube called “That Jew Died For You.”  On the website, thatjewdiedforyou.com, Jews for Jesus explains that, “Jesus has often been wrongly associated with the perpetrators of the Holocaust. In reality, he is to be identified with those who were the victims. As a Jew, if he were in Europe at the time, Jesus may well have suffered the same fate of the six million who perished in the concentration camps.”

In our Messianic Jewish attempt to distance ourselves from the last two thousand years of Christianity, we have unintentionally caused a very real identity problem. In our desire to make a safe place for Jewish followers of Yeshua, we have made statements like “we are not Christians.”

Understand, I am a Jew.

My mother is not Jewish and for many Jewish people this disqualifies me from being Jewish.

My father is a Jew.

According to the Torah, that puts me in awesome company. Abraham, Isaac, Jacob, Jacob’s twelve sons, Moses, Joshua, Obed (grandfather of King David), and Solomon— to name a few— all had a Jewish father and a non-Jewish mother. While the Rabbis will say each of these women converted to Judaism, that is not something that can be supported by the text of Scripture.

In my own life, because of my parents and heritage, I have often said that I am both one hundred percent Jewish (from my dad) and one hundred percent Italian (from my mom). People would always tell me I am half, or twenty five percent this or that, but I could never figure out which parts of me where Jewish and which parts Italian. So, I just claim the whole thing for both. As luck would have it, both Jews and Italians are often olive skinned with dark hair, very loud, and as the philosopher Derek Zoolander once put it, “really, really, really, ridiculously, good looking.”

There has to be more than that. 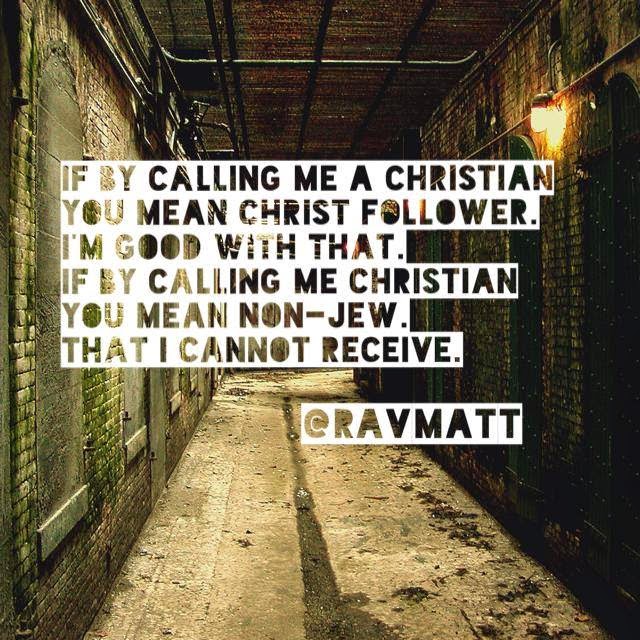 As a Messianic Jew, I have responsibility not to distance my self from either side of history. While, I don’t typically refer to myself as a Christian, on February 20th, 2014, I posted on Facebook, “If by calling me a Christian you mean Christ follower, I'm good with that. If by calling me Christian you mean non-Jew, that I cannot receive.” I am a Jew. I am a Yeshua follower. You can call me whatever you want. But I take on the weight of Jewish-Christian history as my own. 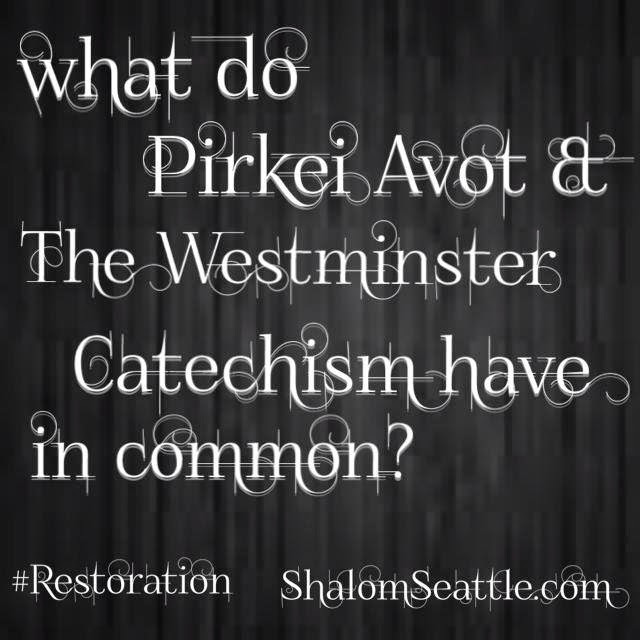 Not distancing myself from both sides of history means I regard works like Pirkei Avot and the Westminster Catechism as equally important. I don’t agree with everything in either, but both of these texts were written by “fathers” of my faith.

Fathers come in many forms and Messianic Judaism must come to the place where we recognize people like Rambam (Moses Maimonides) and Martin Luther as fathers. Both said great things. Both said not so great things. Sometimes fathers say terrible things. Still, they remain fathers.

We are family for different reasons; some by faith, some by blood. Some are family by birth, some through adoption. Some by heritage, some enter in via marriage. Some with different eternal destinies.  All in need of Yeshua.

What if instead of trying to avoid the crazy parts of history, Messianic Judaism embraced them? What if instead of worrying about what people may (or may not) think of us—because of our relationship to one side or the other –we just own all of it?  What if we sang Adom Olam and Great is They Faithfulness during the same service?  What if we embraced the messy parts of history and of being Messianic?
Posted by The Happy Rabbi at 9:39 PM