The Man Who Gave Me His Synagogue: Leadership


The best people in life are those who not only say they believe in you but give you an opportunity to become what you are called to be and then support you with everything they have.  Truth be told there are not a lot of people in the world like that.  For me, other than my parents, that person is Paul Stein.  Paul has become a spiritual father for me.  He heard me speak in 2006 at Messiah Conference (International Conference of the MJAA) and came and spoke with me following my, first ever, adult class.  I had been in youth ministry for a few years and my dad gave me opportunities to preach but this was the first time I spoke with original material to a group of adults on a national level.

Following the class, Paul asked me if I would come to Seattle and speak to his congregation.  He offered to pay for the flight, hotel and food while I was in town and I felt like a big shot!  In 2007, I came to Seattle and spoke at Beit Messiah (now Restoration).  The Stein family wined and dined me and even took me to a Seattle Mariners game on Sunday.  It was a great trip.  I went home to New York and back to working with my parents.  By 2008, Laura and I knew that it was time to move on from working with my parents and begin to experiment and try some of my ideas for reaching my generation with the Gospel of Yeshua.

In 2009, we ended up in Maryland to lead a congregation.  It was quite a difficult year for me professionally.  I was a rookie rabbi with a new group of people in a new place.  We made some great friends in Maryland but it was also the most challenging experience in leading a congregation with such divergent views among the leadership, particularly in supporting a young new rabbi. There were so many things I could have done better there and decisions, in hindsight, I should not have made. As hard times often go though, it was great for our marriage because it forced us to lean more on each other and seek the Lord together.

At the end of ten months the congregation in Maryland did not want to move forward with me as their Rabbi and gave us three months severance.  I let a group of rabbi’s know that I was looking for another congregation and within twenty four hours I received a call from Paul Stein in Seattle. 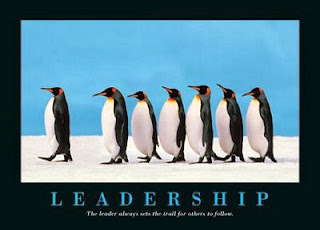 Paul didn't want to know much about what went wrong in Maryland and asked if we would fly to Seattle to candidate to lead Beit Messiah in Seattle.  I’m a New Yorker.  I was raised to never leave New York.  Some estimate there are still two million Jewish people in New York most of which need to hear the message of Yeshua. Maryland, between Baltimore and Washington D.C. is about three hundred thousand Jewish people.  Seattle has forty thousand.  My question for God was “why would you take me out of such large markets of need for the Gospel and send me to such a small market?”  God’s answer was something to the effect of “it’s none of your business!”

Looking back on these events now I am astonished that Paul trusted and supported me to lead a community he had been faithfully serving (and really kept together) for seven years. By April of 2010, (the exact end of my severance) Paul essentially gave me his congregation (He would say “The Lord’s congregation”).  He stepped down as leader and after six months he had the entire Board of Beit Messiah resign so that I could establish my own Board and move forward with a team that was my own.  Paul stayed on the Board of the congregation for two and a half years and was my biggest supporter and champion.  He relentlessly encouraged me and pushed me to be myself and try some of the things I had been dreaming of.  He not only gave me a salary but gave me his platform.  He leveraged his influence in our small congregation so that I could begin a process of becoming what God had called me to be.  He had no regard for his own reputation and totally trusted this then 31 year old to run with a vision and direction for our congregation in Seattle. I have come to love the city of Seattle with all my heart. I love living in the Pacific Northwest of the United States.  I have wanted to be  a Messianic rabbi my whole life and never would have imagined living in this part of the country.  But, almost four years into living here I could not imagine it any other way. 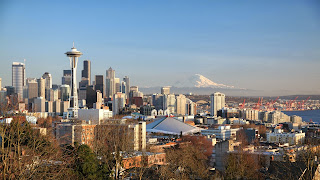 Paul has been through some really crazy things in the last few years including loosing his sister, his mom, having a stroke and also welcoming his first grandchild into the world.  I pray for Paul, Miria, his kids and his family everyday. I don’t say that as a polite thing to say. I pray for Paul everyday and we get together for lunch as often as we can. For me Paul Stein will always be the guy who gave me a shot.  He has become a spiritual father for me because he went all in for me.  He put everything he had on the line for me.  He believed in me for what he believed God would use me to do not because I had a track record.  He is like Paul, writer of most of the New Testament, and I am Timothy who Paul called his “son in the faith.”

In 2012 and 2013, God has opened incredible doors and opportunities for me to MC and speak and MC at many important Messianic Jewish events.  I MC’d the Asheville Music Festival. I was a speaker and panelist at the last two MLR’s with Jewish Voice Ministries in Phoenix.  I spoke at Messiah 2013 on YMJA night. I MC’d a service at the national conference of the UMJC and was the keynote speaker at Jews For Jesus Ingathering East 2013.  Here’s the point.  I have a resume now and it will only continue to grow (God willing).  But, everything I have done so far and everything I will do comes from that crazy moment in 2006 when Paul Stein heard me speak and began praying, even then, that I would come to Seattle.  Everything that is happening for me professionally goes back to the moment when Paul Stein chose to believe in what he saw in me and then put everything he had on this young unproven leader. 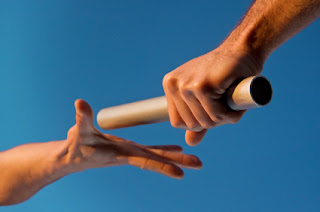 Messianic Judaism needs more Paul Steins -- more old guys that believe in more young guys. Proven leaders who choose to believe that God has good plans for young leaders.  and then…giving them opportunity and support to become what they are called to be.  Anything that I ever do, all opportunities that God gives me from this point on, will be because Paul gave me his congregation, passed the baton, and continues to encourage me…his last email to me this week said, “You are doing a great job. Continue on the path that God has placed before you.  You are strong in the Lord and He will continue to bless the work of your hands.”

Thank you, Paul.  Thank you for believing in me and taking a chance on me.  Thank you for seeing me for what I can be and giving me so many opportunities to succeed.  I thank God everyday for you and pray that so many of my friends will find their own Pauls.  I want my whole life to be about making Yeshua famous among my people, Israel, and every nation under heaven. I thank God for putting you in my life to encourage me and push me to be everything God wants me to be!

Our relationship is the definition of what our people call L’dor v’dor (from Generation to Generation). Paul, I owe you another lunch this month. I love you man!